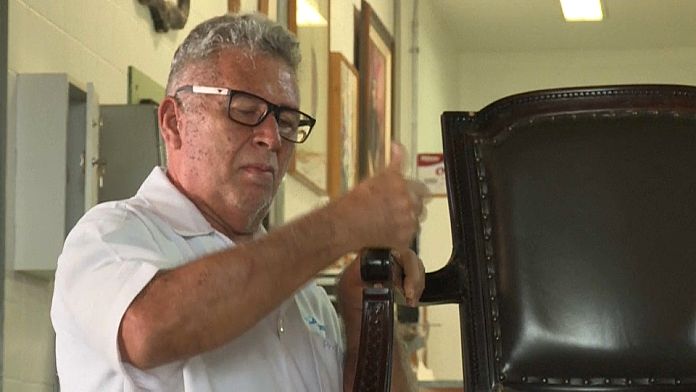 A fortnight after right-wing radicals ransacked government buildings in Brazil’s capital, artisans and experts are trying to repair dozens of antiques and works of art.

Senate museum master craftsman Randall Felix, 63, was trying to restore an early 19th-century chair, the arms of which had been torn off by the Bolsonaros, when he spoke to AFP.

He said: “The shock is great. This is part of our life, so when you see that a piece has been treated like this it is very difficult.”

Félix’s work bench chair, which belonged to the former Senate headquarters in Rio de Janeiro, is just one of dozens of pieces damaged in the invasion of Congress in Brasilia by thousands of supporters of the ex-president of extreme right Jair Bolsonaro.

After entering the building on January 8, they entered and vandalized the presidential headquarters and the Supreme Court, also decorated with priceless works of art, to seek the downfall of the new government of leftist Luiz Inácio Lula da Silva .

Since that day, employees usually busy with conservation work have been trying to rescue the works in the collection, some of which have been reduced to pieces to be assembled like puzzles.

In the laboratory of the museum of the Chamber of Deputies there are several containers with fragments of ships and other objects that can only be identified by old photos.

Most of them were in the iconic Green Room, where lawmakers usually speak to the press, and about 46 gifts from different countries were on display. Some pieces of these were scattered between glass and under the water that flooded the room after a fire broke out.

The staff took torches and did their best to save treasures from the rubble.

The head of the Museum of the Chamber of Deputies is Gilcy Rodrigues. He is 58 years old and has been working there for 30 years.

He said: “This is not our job. This is our home. This is what we do, taking care of the heritage of the institution, so we feel a sense of loss, of anguish.”

But the hard work is already paying off.

In the lower chamber, 60% of the damaged objects have already been restored.