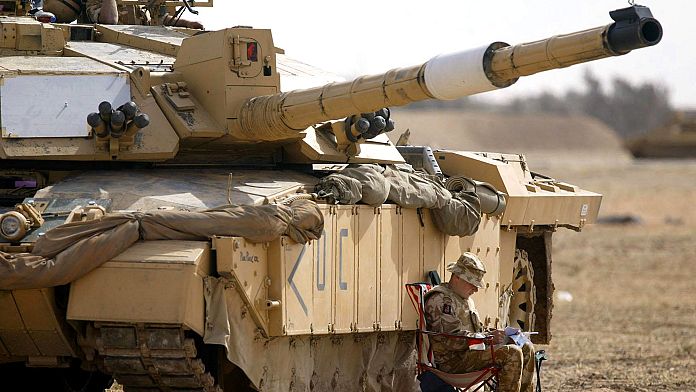 British Prime Minister Rishi Sunak has pledged to provide tanks and artillery systems to Ukraine, amid renewed missile attacks by Moscow on the Ukrainian capital and other cities.

Sunak’s Downing Street office said in a statement that he committed to providing Challenger 2 tanks after speaking with Ukrainian President Volodymyr Zelenskyy on Saturday.

He did not say when the tanks were to be delivered or how many. British media have reported that four British Army Challenger 2 main battle tanks will be sent immediately to eastern Europe, with eight more to follow soon after, without citing sources.

In a tweet on Saturday, Zelenskyy thanked Sunak for “decisions that will not only strengthen us on the battlefield, but also send the right signal to other partners.”

For months, Ukraine has sought to acquire heavier tanks, including American Abrams and German Leopard 2 tanks, but Western leaders have been treading carefully.