Russian forces shelled the entire front line of the Donetsk region from Thursday night into Friday morning, according to the head of the regional military administration, as fighting in the eastern region of Ukraine continues.

Pavlo Kyrylenko said the towns of Vuhledar and Kurakhivska were among the settlements targeted. The town of Kostyantynivka, which is about 20 kilometers (12 miles) from the front line, was hit by a rocket on Thursday, which damaged schools and a theater.

The Ukrainian military also reported artillery shelling of Maryinka and Avdiivka in Donetsk on Friday morning. He said Russian forces were stepping up their assaults around several settlements immediately west and north of Donetsk city, an area where the front lines have changed little since the Russian invasion.

Much of the war’s fiercest fighting has taken place around Donetsk’s key city of Bakhmut. Both sides have been locked in a brutal battle there since Russian forces launched their siege of the city in earnest in May.

An adviser to Ukrainian President Volodymyr Zelensky, Oleksiy Arestovych, said Thursday that Ukrainian and Russian forces were suffering heavy troop losses in Bakhmut and the nearby town of Soledar, calling the fighting there “very serious.” 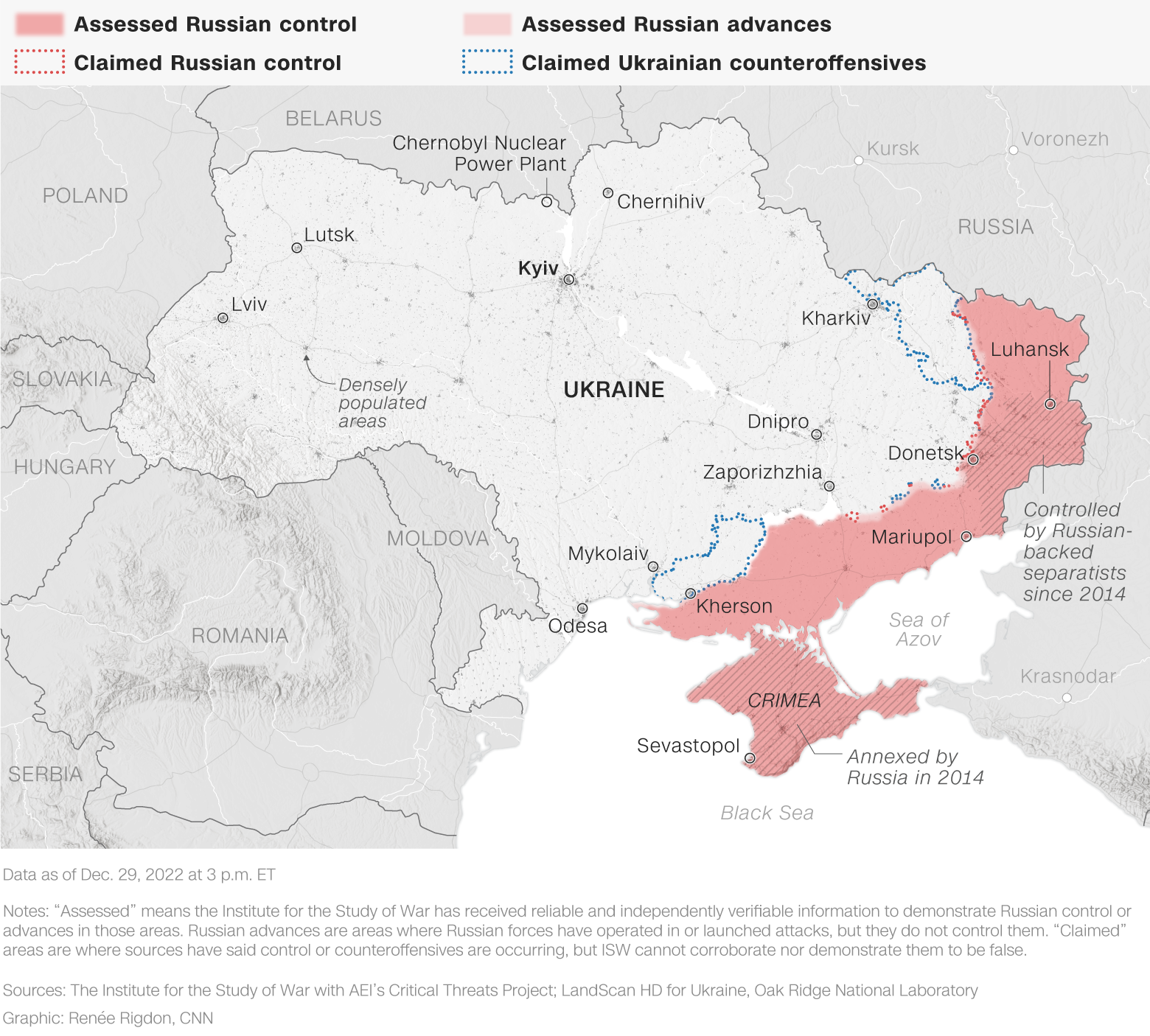 In another part: Russian forces attacked several parts of the eastern Luhansk region, where Ukrainian forces have made modest gains since September, according to the Ukrainian military.

In the northeastern region of Sumy, officials reported cross-border mortar fire, the consequences of which were unclear.

And in the southern region of Zaporizhzhia, authorities said nearly two dozen settlements were shelled, several of them a distance from the front line, damaging apartments and civilian infrastructure.