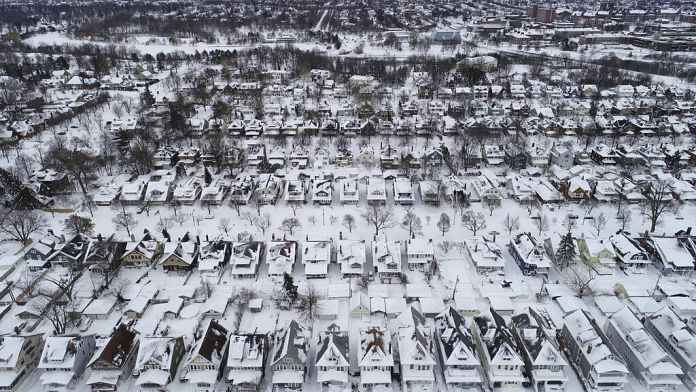 Even as suburban roads and most major roads in the area reopened, Erie County Executive Mark Poloncarz warned that police would be stationed at Buffalo entrances and major intersections because some drivers ignored the driving ban.

The toll surpasses that of the historic Blizzard of 1977, blamed for killing as many as 29 people in an area known for harsh winter weather.

Resident Greg Monett took to social media to ask for help removing a 6-foot pile of snow from the end of his Buffalo driveway so he could receive dialysis treatment on Tuesday.

“This has been a nightmare,” he said.

The electricity had been out for a while at his family’s home, he said, so relatives used a gas stove to keep warm, a practice he acknowledged was dangerous.