Why are the seats on some Japanese station platforms facing away from the trains?

Osaka in the Kansai region and Tokyo in the Kanto region pride themselves on doing things differently, whether it’s rice balls at a convenience store or the way they cook put the miso soup on the table. 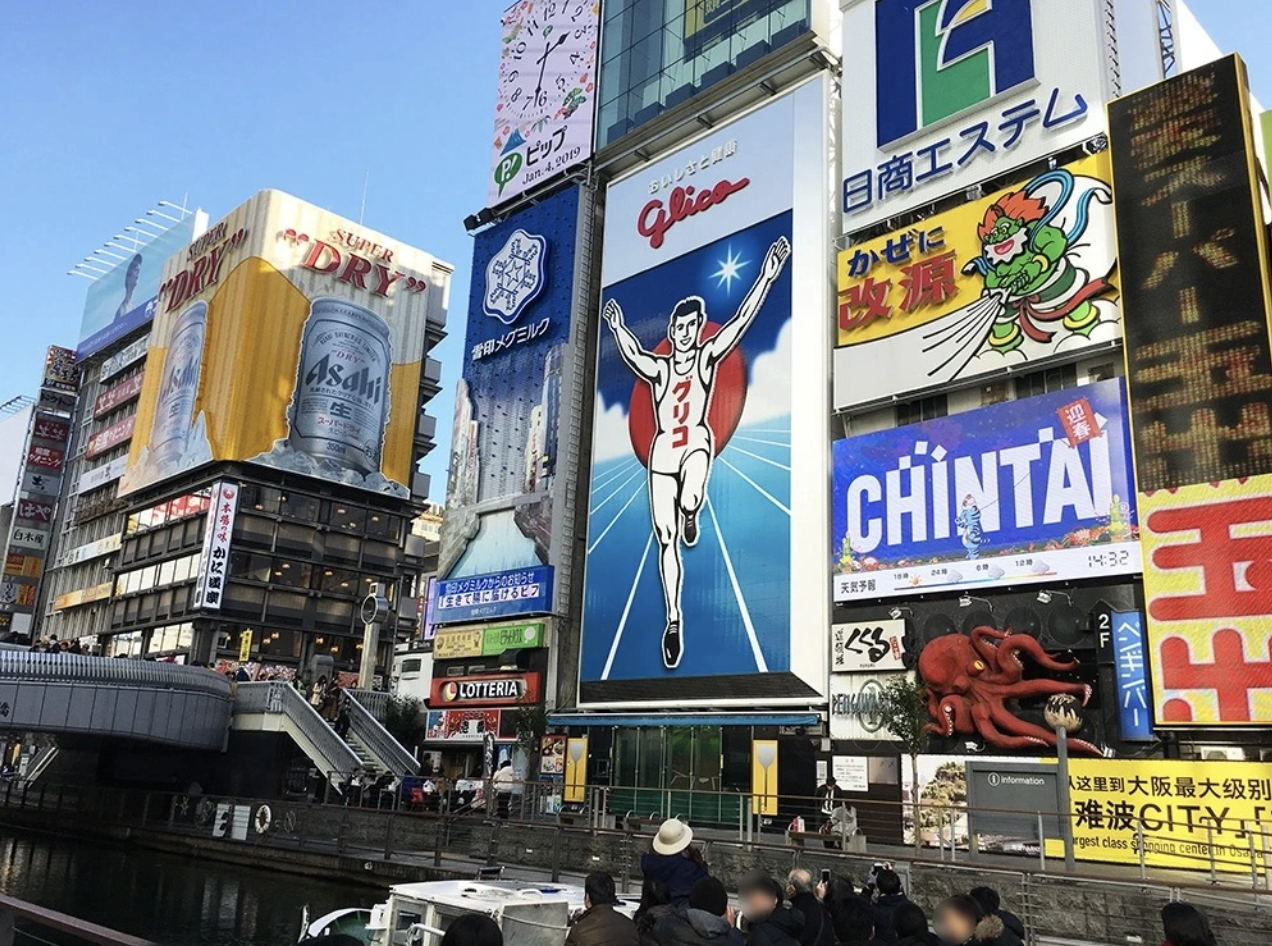 The differences don’t stop at the food, though, because at train stations in the Kansai area, you’ll find that the seats on some platforms look very different from those in Tokyo.

Example An example of seats in a Tokyo train station… 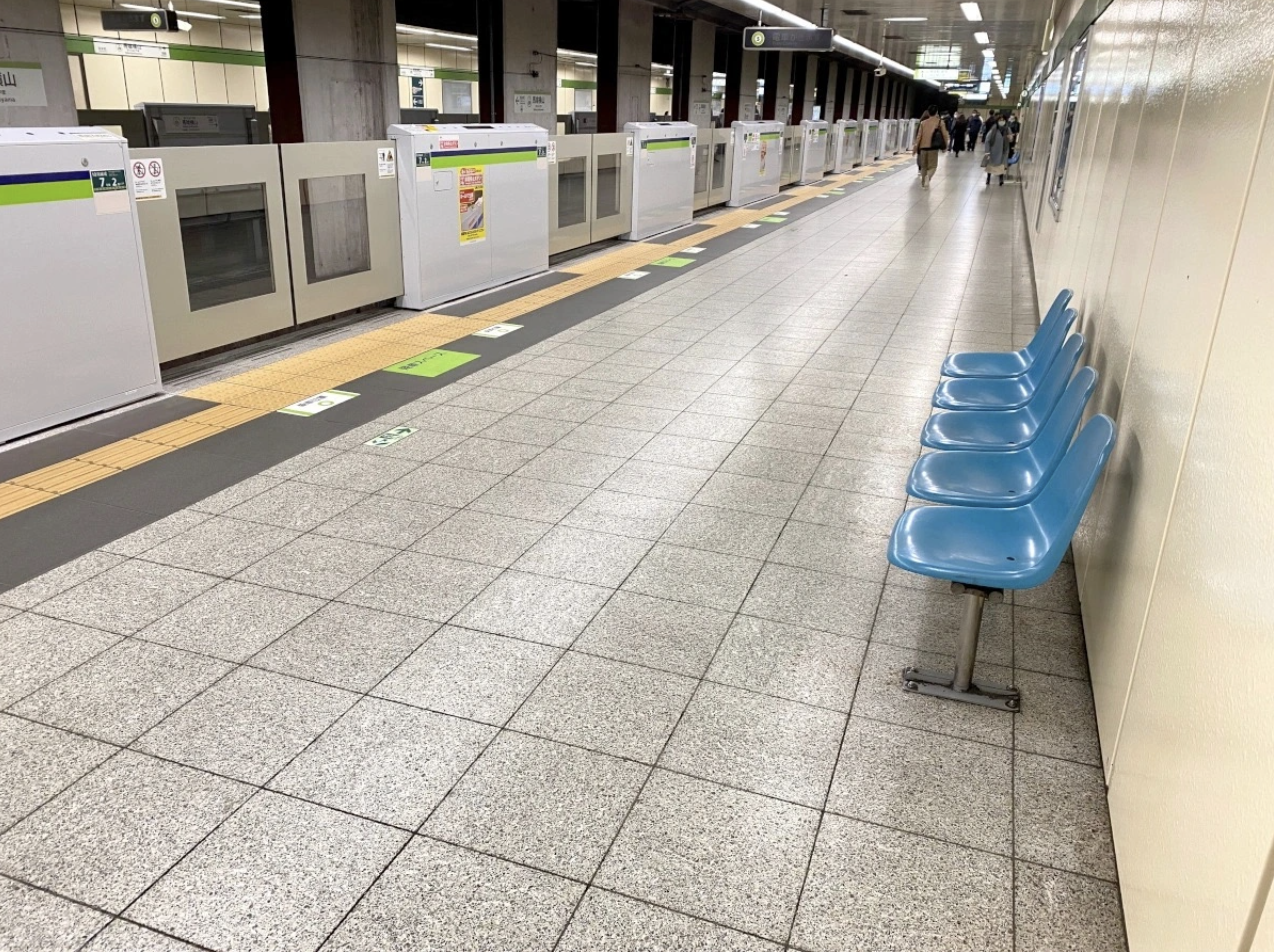 …… And an example of seats in an Osaka train station. 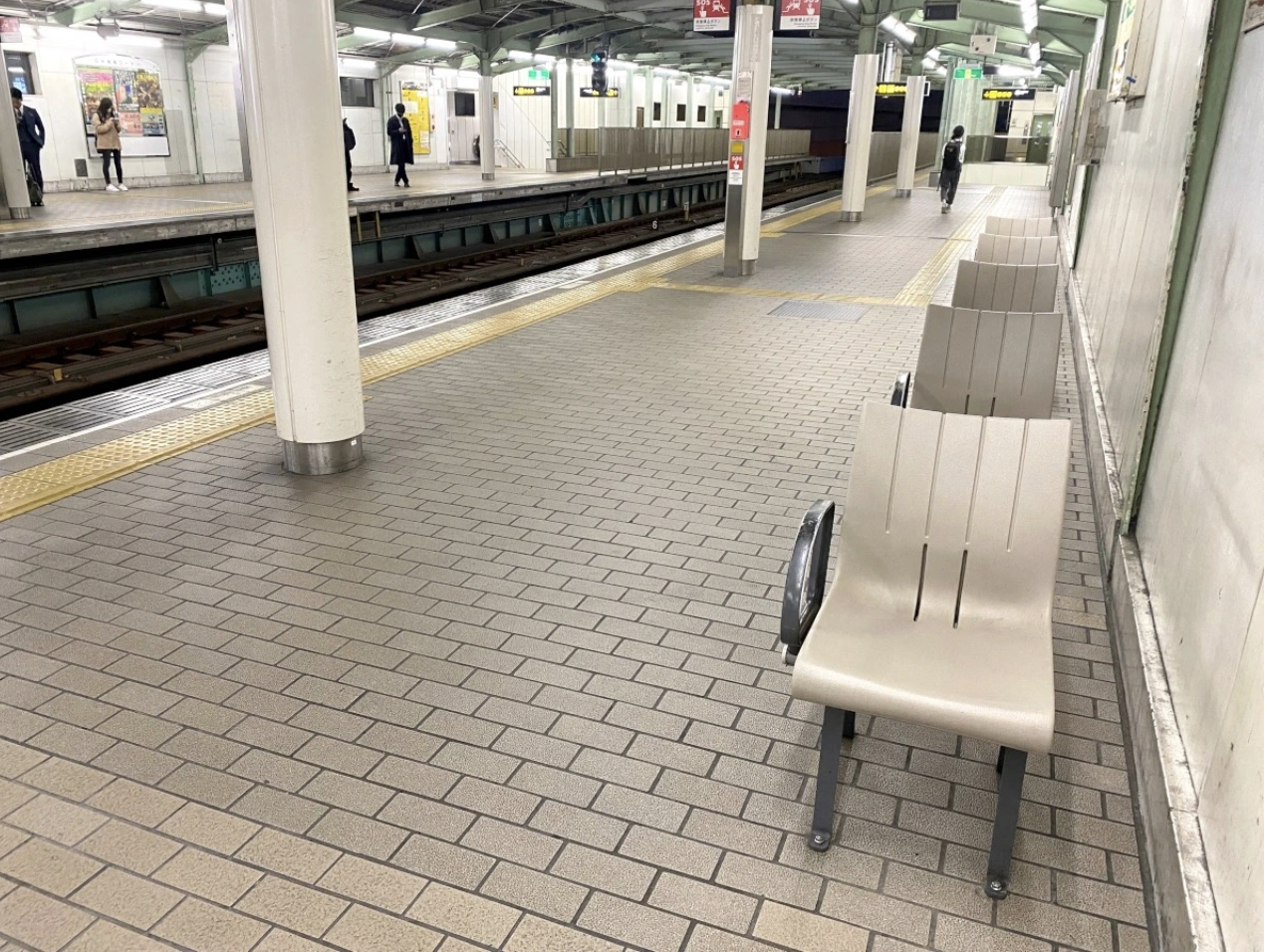 Our Tokyo reporter PK Sanjun took a trip to Osaka recently, and when he saw the seats he couldn’t help but wonder about the real reasons behind their design. Was it simply another case of Osaka doing things differently in Tokyo? Or was there another factor at play here?

To find out, he went directly to the local rail operator, West Japan Railway Company, to ask them why the seats are placed away from the trains and their tracks, and they revealed three fascinating reasons for the design.

PK: I’ve seen this at Osaka and Hyogo stations, so I wanted to ask why the seats are facing parallel to the platform? It’s something you don’t see in Kanto…”

JR West: “Well, the main reason is to prevent drunken customers from falling (onto the tracks). Until they were installed, there were numerous cases where drunken customers who had been sitting on the seats got up and they fell off the platform.”

PK: “So it’s to keep drunk people from falling off the platform? Does that mean the design was different before?”

JR West: “Yes, it would take a while to verify when they were formally introduced, but as I recall, the new seating configurations first appeared about five or six years ago.”

PK: “Hmmm. But if the goal is to prevent falls, shouldn’t platform doors be installed? I feel like I’m seeing a lot more of them at inner-city stations.”

JR West: “I understand what you’re saying. However, Kansai has a complicated network of routes, so it might be a bit difficult to install platform doors everywhere. However, major stations like Osaka, Tsuruhashi, Kyobashi and Sannomiya have platform doors.”

Compared to Osaka, Tokyo currently has many more of these platform doors installed in stations. 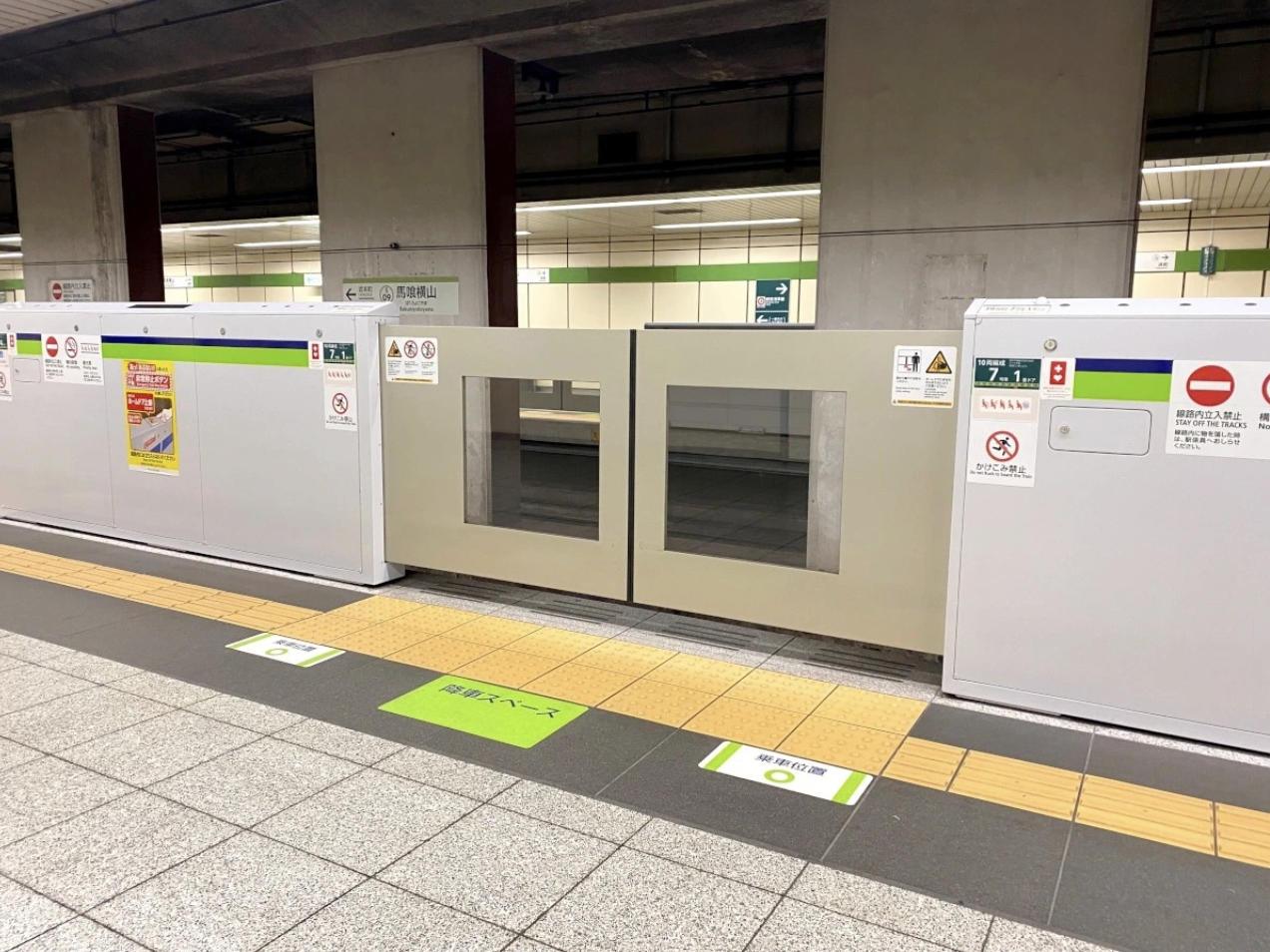 PK: “I see. I guess installing platform doors must be very expensive. Seats might be a more cost-effective countermeasure.”

JR West: “I don’t know the details of the cost, but I think that’s probably part of the reason. JR West has been changing the seating positions on a large number of station platforms over the past few years.”

PK: “Well, that clears things up! Thanks!”

After his conversation with JR West, PK discovered that the main reason for the unusual seating position was to protect drunk customers from falling off the platform. And sure enough, when he was passing another station in the county, he found a sign showing the change in seating position, along with an explanation that the new configuration was designed to protect against drunken falls. 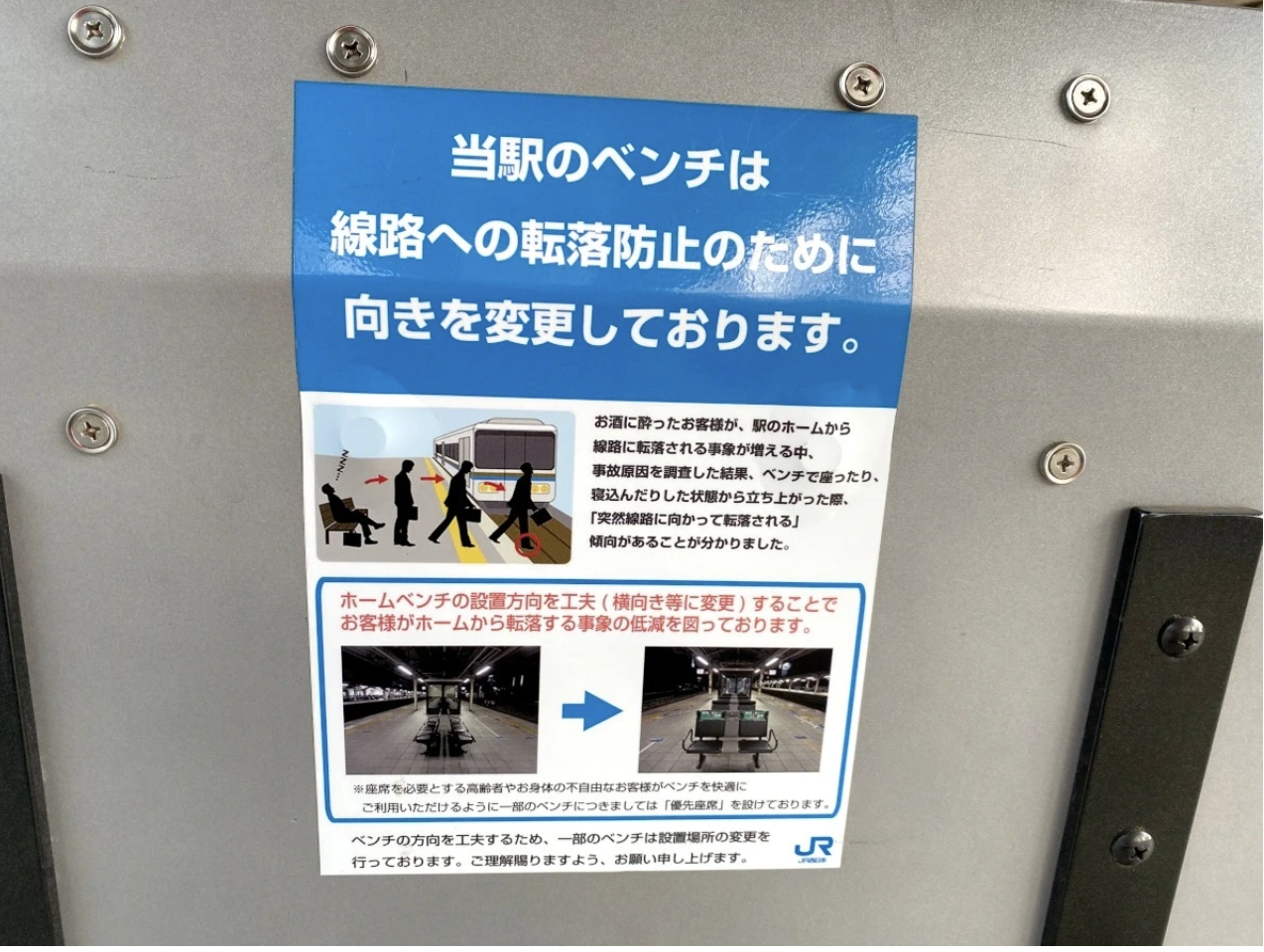 Drunken falls are a big problem at train stations across Japan, so much so that you’ll usually find signs warning travelers of the dangers. It’s one of the reasons why platform doors are being installed at various stations, but given the costs involved and the fact that Japan’s rail network is vast and varied, a nationwide rollout would be a difficult and time-consuming task.

Still, while there are obstacles to be overcome, that doesn’t mean a rail operator in Japan is sitting on its hands and saying nothing can be done to fix the problem. So kudos to JR West for finding an alternative solution and coming up with the simple yet effective idea of ​​changing the seating position.

Simple A simple change has the potential to save lives. 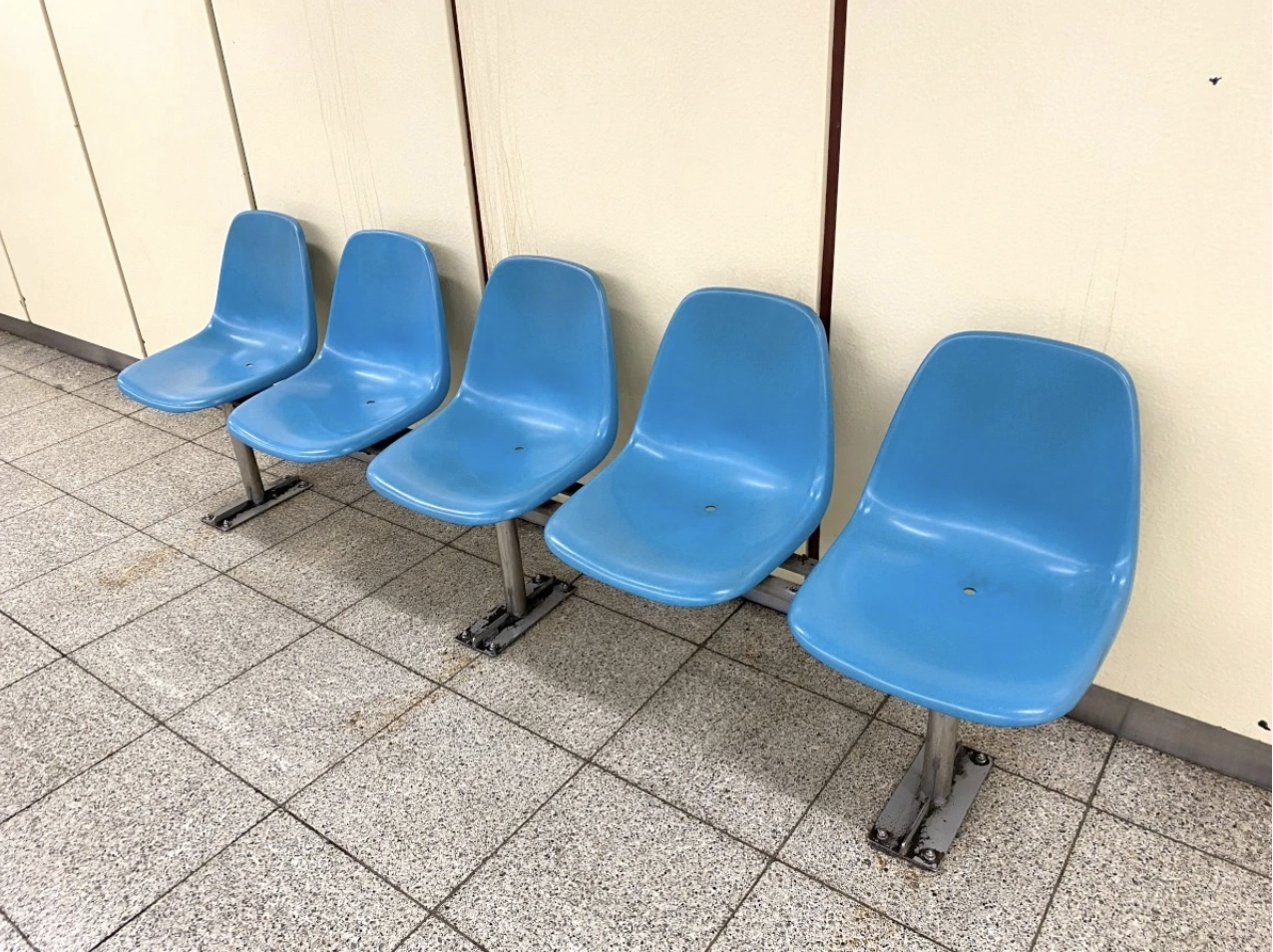 The Kansai Train Station platform seats are yet another example of how Japan’s dedication to customer service can lead to innovative UX (user experience) design that creates a meaningful, relevant and memorable for users.

– Why do Japanese scales have red and yellow markings?

– “Passengers who do not want to be groped, please use the rear train cars” angers Japan.