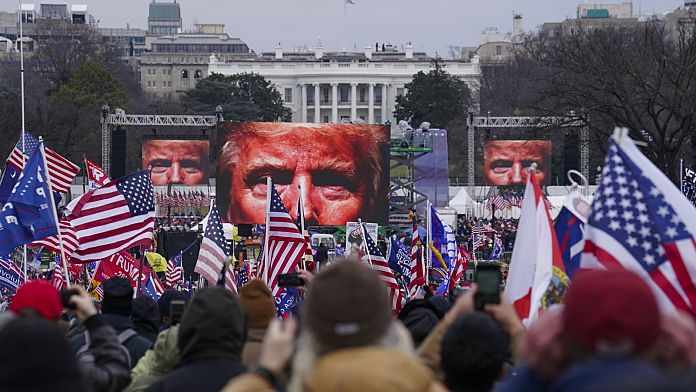 The long-awaited report of the House Committee on the riots on Capitol Hill of January 6 of last year lays the blame for the insurrection on one man: Donald Trump.

The report also concluded that the insurgency seriously threatened democracy and “endangered the lives of American lawmakers.” It came after months of testimony heard by a nine-member bipartisan panel.

The document alleges that “President Trump or his inner circle engaged in at least 200 apparent acts of public or private disclosure, lobbying, or condemnation, directed at state legislators or state or local election administrators, to overturn the results of the state elections” during the two months. between the elections and the riots in Capital.

In a foreword to the publication, outgoing Speaker of the House Nancy Pelosi calls the findings “a call for clarity to all Americans.”

The massive and damning report comes as Trump is running for president again and also faces multiple federal investigations, including probes into his role in the insurgency and the presence of classified documents at his Florida estate.

In a series of policy recommendations, the committee’s seven Democrats and two Republicans suggest that Trump should be barred from future office, noting that the 14th Amendment to the US Constitution holds that anyone who has taken an oath to uphold the Constitution can be removed from office. prevent. to hold positions for insurrection or rebellion.

Posting on his social media, Trump called the report “very partisan” and falsely claimed it did not include his Jan. 6 statement that his supporters should protest “peacefully and patriotically.” However, the committee included that statement, noting that he followed that comment with election falsehoods and loaded language exhorting the crowd to “fight like hell.”