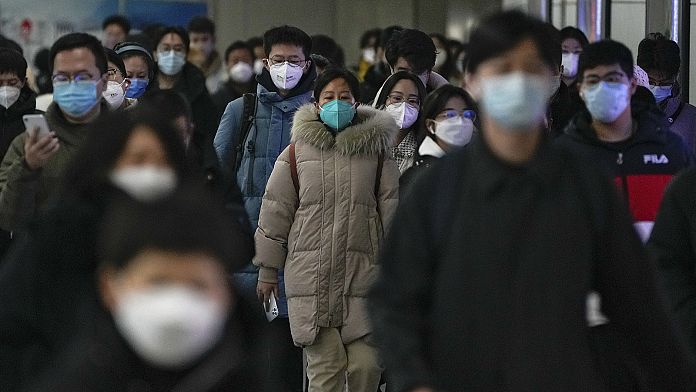 The death toll in the latest surge of COVID-19 in China’s capital, Beijing, has risen sharply as feverish clinic patients and a surge in funeral business point to a growing outbreak after a relaxation of the strict virus containment regulations.

Unofficial reports suggest a widespread wave of new coronavirus cases, and relatives of victims and people who work in the funeral business said deaths linked to COVID-19 were rising.

Those people spoke on condition of anonymity for fear of retribution, as official policy and direction on the latest outbreak remain shrouded in uncertainty and confusion.

The National Health Commission said on Tuesday that five new fatalities, all in Beijing, had brought the country’s total death toll to 5,242.

The number is relatively low by global standards, but may rise substantially after the government moves away from the “zero-Covid” policy of lockdowns, quarantines and mandatory testing that has crippled the economy and sparked rare anti-government protests.

With people testing and recovering at home, China has said it is no longer possible to keep an accurate count of the number of new cases, making it substantially more difficult to gauge the status of the current wave of infection and its direction.

Some scientific models have estimated that the numbers will rise with an eventual death toll in the tens or hundreds of thousands.

Other epidemiologists have pointed out that the virus is multiplying so fast that the number of PCR tests does not show the whole picture, with the increase in cases exceeding what can be shown with daily updates.

China is trying to persuade reluctant seniors and others at risk to get vaccinated, with apparently moderate success.

Vaccination centers visited over the past few days have been virtually empty and there has been no major advertising push in the fully state-controlled media.

The other big concern is bolstering health resources in smaller towns and the vast rural hinterland ahead of January’s Lunar New Year travel rush, which will see migrant workers return to their hometowns.

Fever clinics have been expanded to both urban and rural areas, and people have been asked to stay home unless seriously ill to conserve resources.

Hospitals are also short staffed and workers have reportedly been asked to return to their posts as long as they do not have a fever.

Chinese health authorities only count those who died directly from COVID-19, excluding deaths attributed to underlying conditions such as diabetes and heart disease that increase the risks of serious illness.

In many other countries, guidelines state that any death where the coronavirus is a factor or contributor is counted as related to COVID-19.

China had long praised its restrictive “zero-COVID” approach for keeping the number of cases and deaths relatively low, comparing favorably with the United States, where the death toll has surpassed 1.1 million.

However, the policy of lockdowns, travel restrictions, mandatory testing and quarantines put Chinese society and the national economy under enormous stress, apparently convincing the ruling Communist Party to heed outside advice and modify its strategy