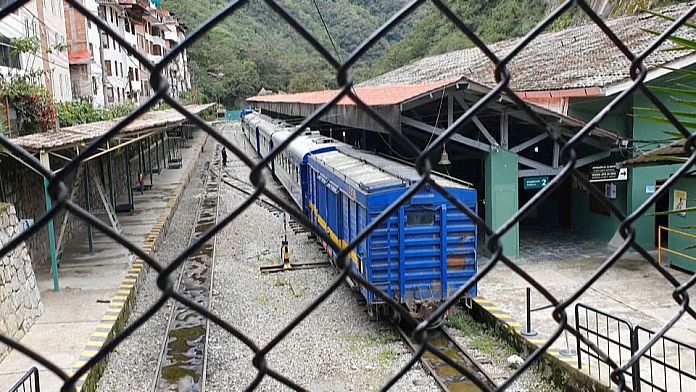 Peru’s president, Dina Boluarte, has insisted she will not step down despite political turmoil in the country that has sparked a wave of violent protests, as she seeks to bring forward elections to quell the disorder.

Anger is rising among the thousands of tourists stranded in the South American country, particularly near the tourist hotspot of Macchu Picchu, where passenger trains have been suspended and key transport networks are blocked.

Officials said military planes will begin transporting stranded visitors as supplies of food and medicine are running out fast.

Since last week, Peru has been immersed in a deep political crisis triggered by the decision of the now ex-president Pedro Castillo to dissolve the Congress, who soon after dismissed him and appointed the then vice-president Dina Boluarte.

The country’s Congress on Friday rejected a proposal to hold elections next December, more than two years ahead of schedule.

Watch the video in the video player above to learn more.