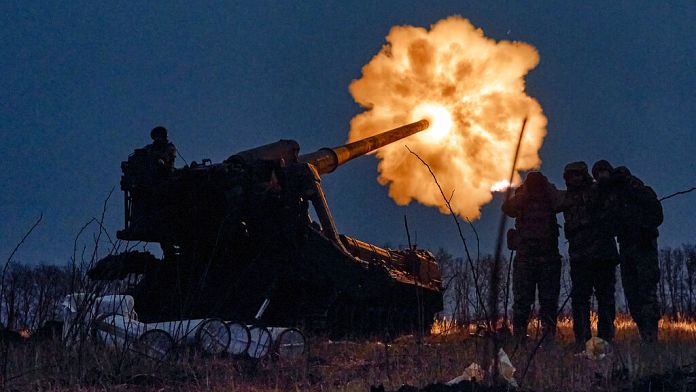 Russian bombs continue to rain down on Kherson, a city recaptured last month by Ukrainian forces.

At least two people were killed Thursday in Russian shelling, which has also left Kherson without power, further plunging its residents into misery as winter temperatures have plunged below freezing.

Meanwhile, Kyiv announced on Wednesday that it had shot down more than a dozen Iranian-made drones in Moscow’s latest assault on the capital.

Ukrainian President Volodymyr Zelenskyy said his country was doing everything possible to get more modern and powerful anti-aircraft and anti-drone systems.

According to Moscow’s appointed mayor, it was the biggest shelling against the city since 2014.

Ukrainian officials have not claimed responsibility for the alleged strikes.

And while the violence of the conflict does not appear to be slowing down, recent videos show 64 Ukrainian soldiers and one American national released in a prisoner swap with Russia.

Tens of thousands of people have been killed, millions more displaced and cities reduced to rubble since the Russian invasion began on February 24.