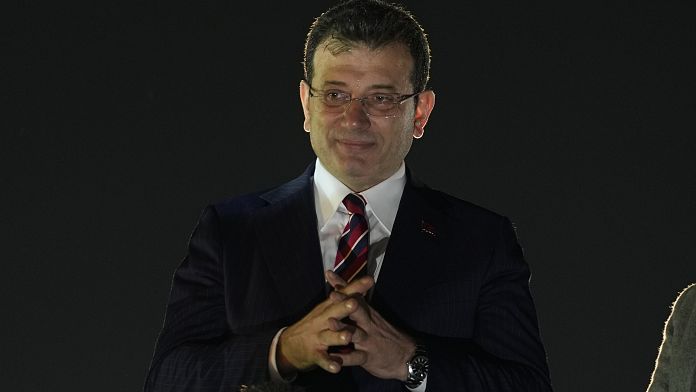 A Turkish court on Wednesday sentenced the mayor of Istanbul, the country’s most populous city, to two years and seven months in prison on charges of insulting members of Turkey’s Supreme Electoral Council.

The court convicted Mayor Ekrem Imamoglu and also imposed a political ban that could lead to his removal from office. Imamoglu, who belongs to the main opposition Republican People’s Party (CHP), is expected to appeal the verdict.

Critics alleged the mayor’s trial was an attempt to remove a key opponent of Turkish President Recep Tayyip Erdogan. Turkey plans to hold presidential and parliamentary elections in June.

Imamoglu was elected to lead Istanbul in March 2019. His victory was a historic blow for Erdogan and the president’s Justice and Development Party (AKP), which had controlled Istanbul for a quarter of a century. The party lobbied to annul the municipal election results in the city of 16 million, alleging irregularities.

The challenge led to a repeat election a few months later, which Imamoglu also won.

The mayor denied insulting members of the electoral council, insisting his words were in response to Interior Minister Suleyman Soylu calling him “a fool” and accusing Imamoglu of criticizing Turkey during a visit to the European Parliament.

Thousands of people gathered in front of the municipal building to denounce the sentence against the popular mayor.